Hey everyone! Caroline Cole here, back to do another guest post on theatre education while Bryce takes a well-deserved short break from the blog during the holiday season.

I love getting to pop over to ‘The Teaching Texan’ once in a while to say hello and throw my two cents into the ring about elementary education, and in particular, how to work drama into your everyday classroom. For reasons WHY to incorporate theatre in you classroom, backtrack a quick second to my first post from the summer.

Alright, now that you’re all caught up, we know the WHY. The question is HOW, and WHEN in the world will you have time for this? Well fear not, because this is ‘No Time for Drama: Transitions’. 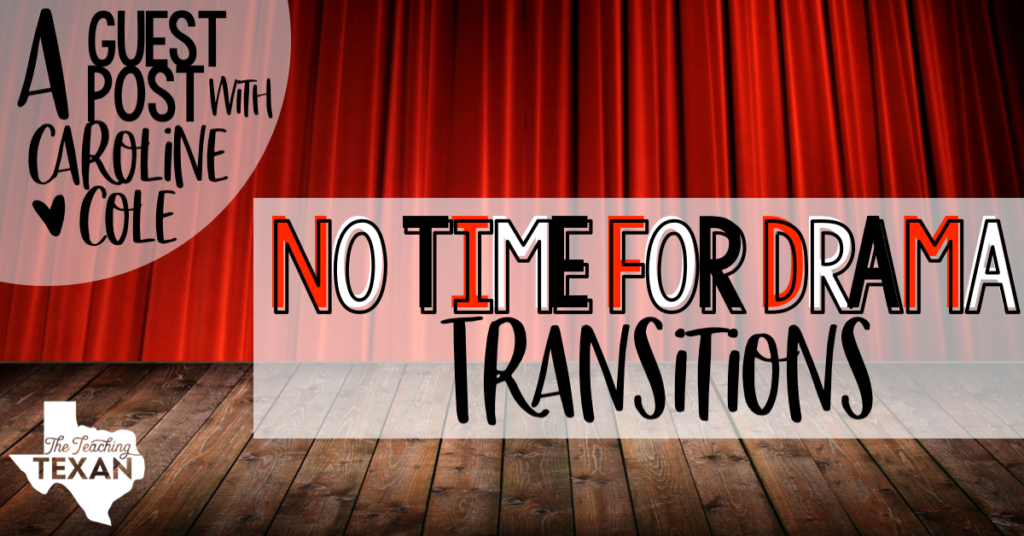 Today I have three quick and easy activities to incorporate when transitioning from other activities. They’re great for refocusing students – giving their bodies a chance to wiggle, minds a moment to relax, and imaginations a minute to run wild. 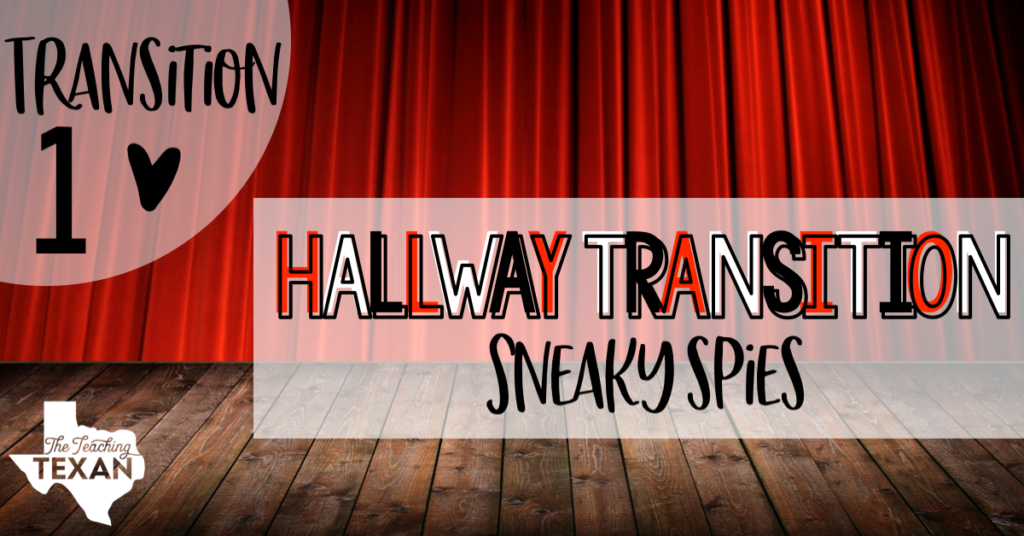 We all know the “bubble in your mouth” hallway transition routine. It works…sometimes…kind of…until kids get bored and/or forget about the bubble. To keep little minds and imaginations a little more engaged, when I move students from room to room, I ask them to imagine they are sneaky spies, trying to complete a mission unnoticed by anyone in the hallway. Before leaving the classroom, while lined up, have students put on their spy goggles, super silent boots, special spy watch, hat/gloves/anything else they can think of (all imaginary of course!) before entering the hallway. While walking, encourage them to creep on tip-toes, peek around corners to see who’s coming, freeze if they see another teacher, slide with their backs against the wall or anything else fun you think of. Remind them that good spies are SILENT and have to be extra sneaky to complete their missions. My kiddos LOVE this one, especially Pre-K – 3rd, and I have to admit, it’s most effective (and FUN!) if you join in as a spy too. ? 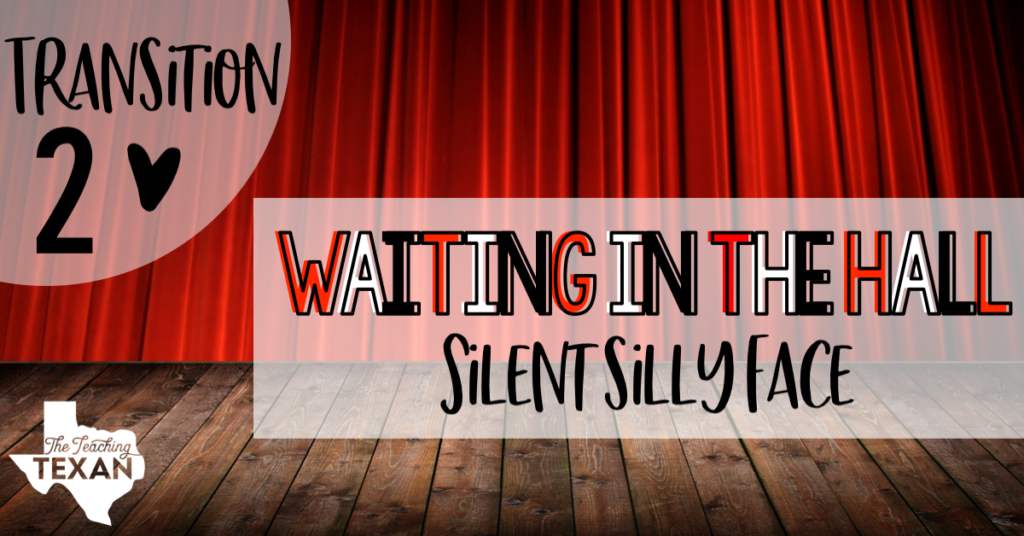 If students have to wait in the hallway before class or for others to finish in the bathroom or what-have-you, this can quickly become prime time for ants-in-the-pants. Focus students by having them line up against the wall for a game. I face students and have them each make their best silly face. It has to be SILENT, or I can’t pick them to win. It also should be just the student’s FACE, not whole body – this helps keep them in control a bit more. Whoever makes the best silly face gets to pick what’s next (quietly of course). I use this as a chance to review emotions with happy, sad, excited, surprised, scared, scary faces in the subsequent rounds. 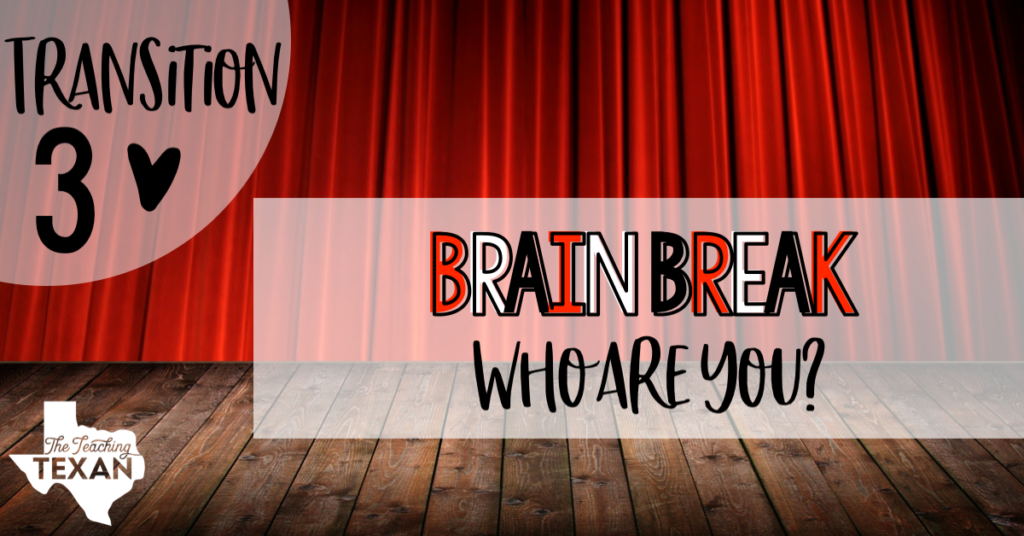 We all need a brain break once in a while. Especially in elementary, you know how often students need to stop and take a breather. Taking even just 3 minutes between classroom activities can greatly increase students’ capacity to learn and focus. During that time, have students imagine they are different people, either around the room, standing behind their desk, or even sitting at their desk. Start the activity by having all students close their eyes and picture themselves as something else – a pirate, dancer, super hero, ghost, lion, mermaid, doctor, teacher, zombie, artist, lawyer, etc. – be as imaginative or realistic as you like! Then, students will open their eyes and BECOME that person. They’ll walk, stand, talk just like their character would. Depending on your classroom needs, they can walk around the room, speak to their fellow classmates in character, and move as their character might move. 30 seconds later, have them shut their eyes again and give them a new character to imagine. Do this as long as you have time for – I suggest 3 to 5 characters to start.

In each activity, remind students to focus on SHOWING instead of TELLING. Have them focus on what their bodies (arms, legs, faces etc) are doing instead of telling you who they are and what they’re doing. A constant mantra of mine is “show me, don’t tell me” to get kids out of their heads and into their bodies.

Imagination is a muscle that needs to be worked out. And a strong imagination is a great gift to give a child in their education. We have no idea what the future holds for our students – the jobs they’ll be doing probably aren’t even invented yet! But what we can do is give them the creative, problem-solving tools they’ll need to excel no matter what.

Caroline Cole is a theatre educator, arts advocate, voice over actor and writer living and working in Dallas, TX. She is obsessed with telling stories in any way she can and believes strongly that storytelling is a superpower both children and adults should harness and use. Caroline holds a graduate degree in theatre education from the University of Northern Colorado and an undergraduate degree in English literature and theatre from Rice University. Find her online @carolinecolestories on Instagram and @ccolestories on Twitter. 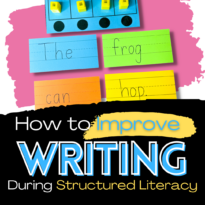 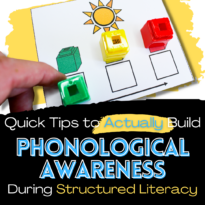 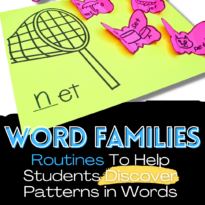 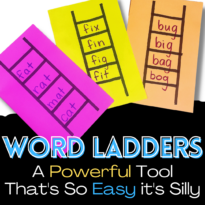 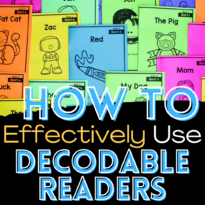 How many small groups do you write lesson plans for during literacy? ... See MoreSee Less
View on Facebook
· Share